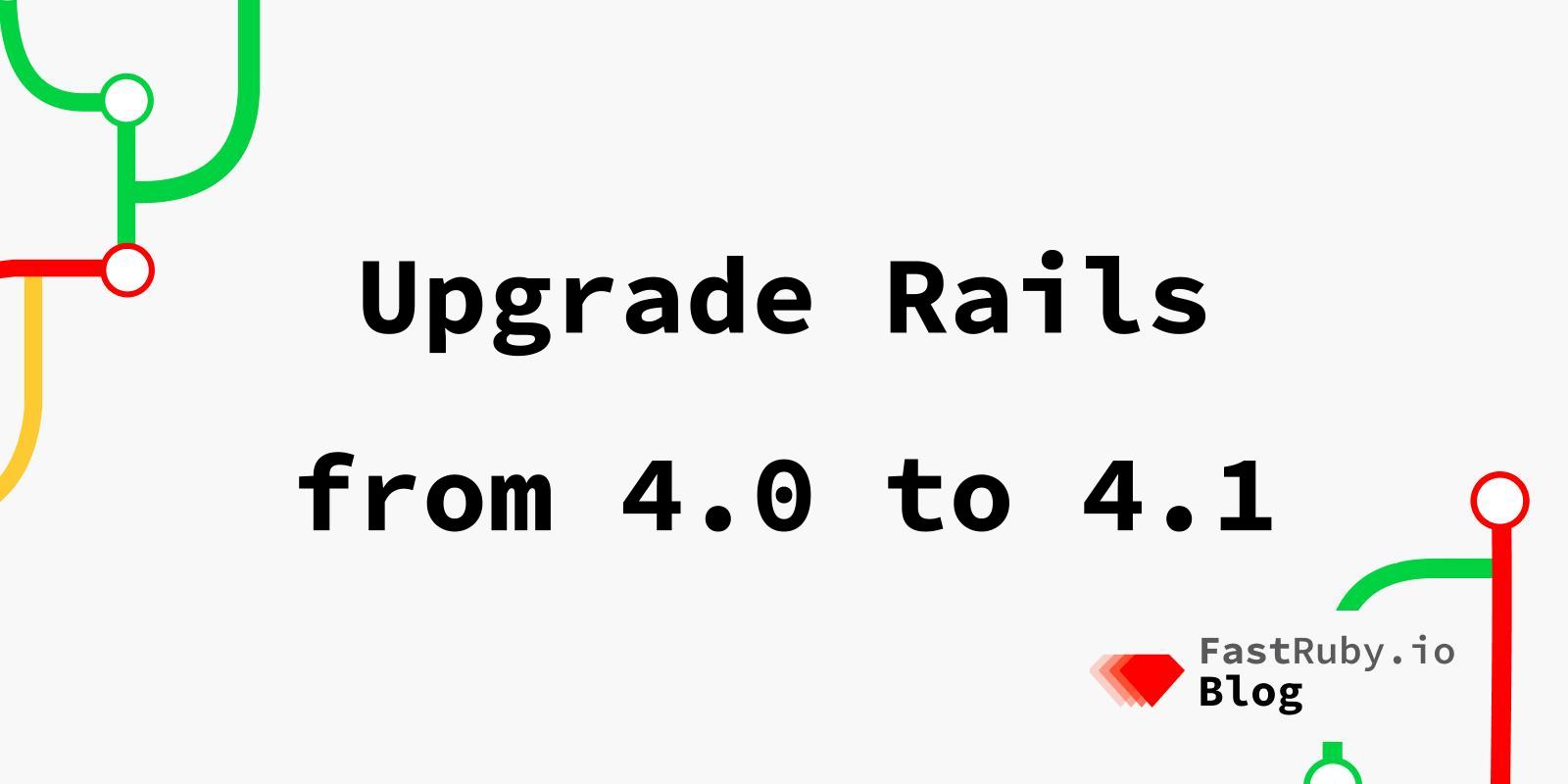 This article will cover the most important aspects that you need to know to get your Ruby on Rails application from version 4.0 to 4.1.

If your application relies on MultiJSON, you will need to add the gem to your Gemfile (gem 'multi_json') if it’s not already there, since it was removed from Rails 4.1.

Alternatively, stop using MultiJSON and migrate your application to use to_json and JSON.parse.

Rails includes the rails:update task. You can use this task as a guideline as explained thoroughly in this post.

As an alternative, check out RailsDiff, which provides an overview of the changes in a basic Rails app between 4.0 and 4.1 (or any other source/target versions).

If you can’t afford to upgrade the finders now, then add the gem back yourself into the Gemfile:

If you thought default scopes on models could be confusing, there’s even another (un?)expected twist to it:

If you depended on this behavior, you will need to work around it using unscoped, unscope or the new rewhere method (source)

ActiveRecord::Relation no longer has access to mutator methods like #map!, #delete_if or #compact!. If you need to use them, you will need to convert the Relation to an Array by calling #to_a first.

ActiveRecord 4.0 would know to join posts and comments in the executed SQL, and it would work just fine.

However, Rails shouldn’t have to be smart and parse your where with a regular expression to figure out what tables you want to join, since it leads to bugs (for example: https://github.com/rails/rails/issues/9712).

To fix this problem, you need to use an explicit join:

Unless your intention was to actually eager load the post’s comments. In that case, you can use the following syntax:

Both are equivalent and produce the same SQL.

For a more in depth explanation of the differences between joins, includes, references, eager_load and even preload, check out this post.

Finally, if you get this deprecation warning:

If your tests hit JS URLs, you’ll need to use xhr instead of get:

If you were using the flash hash or its keys and expected symbols, you will need to use strings now:

If you successfully followed all of these steps, you should now be running Rails 4.1! Do you have any other tips? Share it with us in the comments section.

If you’re not on Rails 4.1 yet, we can help! Download our free eBook: The Complete Guide to Upgrade Rails.