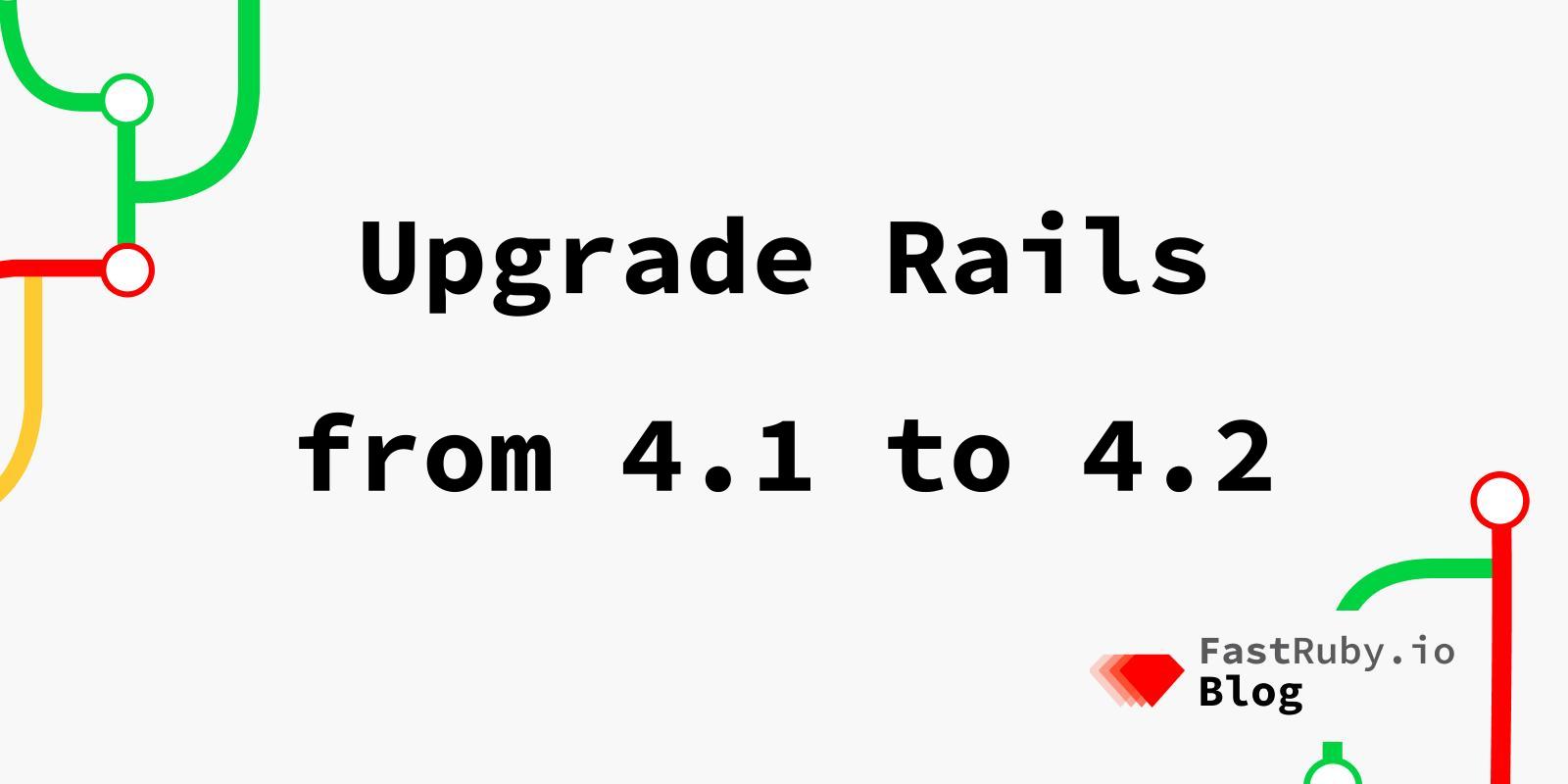 This article will cover the most important aspects that you need to know to get your Ruby on Rails application from version 4.1 to 4.2.

Rails 4.2 requires Ruby 1.9.3 or later, and Ruby 2.0 (or newer) is preferred according to the official upgrade guide.

If you’re using RSpec 2, you’ll need to migrate to RSpec 3, since RSpec 2 doesn’t officially support Rails 4.2. To make this process easier, you can update to RSpec 2.99, which will print a bunch of deprecation warnings at the end of the test run, and you’ll need to fix these before updating to RSpec 3. For more information, check out their official upgrade guide.

You can also use the awesome Transpec to automate the RSpec 2 to 3 upgrade process.

Once you’re on Rails 4.2, you will be able to remove the Timecop gem if you’re using it, and replace it with new test helper methods travel, travel_to and travel_back. See: TimeHelpers

Rails includes the rails:update task. You can use this task as a guideline as explained thoroughly in this post.

As an alternative, check out RailsDiff, which provides an overview of the changes in a basic Rails app between 4.1.x and 4.2.x (or any other source/target versions).

After upgrading to Rails 4.2 for an application that needs to run in development on port 80, I came across an unexpected problem due to a change in Rack. Rails now listens on localhost instead of 0.0.0.0. You will run into the same problem in case you need to access your Rails server from a different machine. To work around it, you need to start your server by binding to 0.0.0.0 by using:

Alternatively, you can try the solution here to avoid providing -b 0.0.0.0 when you start the server. If you’re using Foreman and run into this problem, you can edit your Procfile’s web entry so that it reads:

Starting from ActiveRecord 5.0, these exceptions are always raised regardless of this setting, so you should opt into it and update your code accordingly.

You will need to change your .find calls to pass an id instead of an object.

The same goes for #exists? calls, if you pass an object as a parameter for it, you will need to provide an id instead.

If you’re using these in your controllers, you will need to add:

to your Gemfile. It will only be supported for Rails 4.2, so it’s recommended that you do not do this and stick with the new default HTML sanitizer.

If you successfully followed all of these steps, you should now be running Rails 4.2! Do you have any other useful tips or recommendations? Share them with us in the comments section.

If you’re not on Rails 4.2 yet, we can help! Download our free eBook: The Complete Guide to Upgrade Rails.