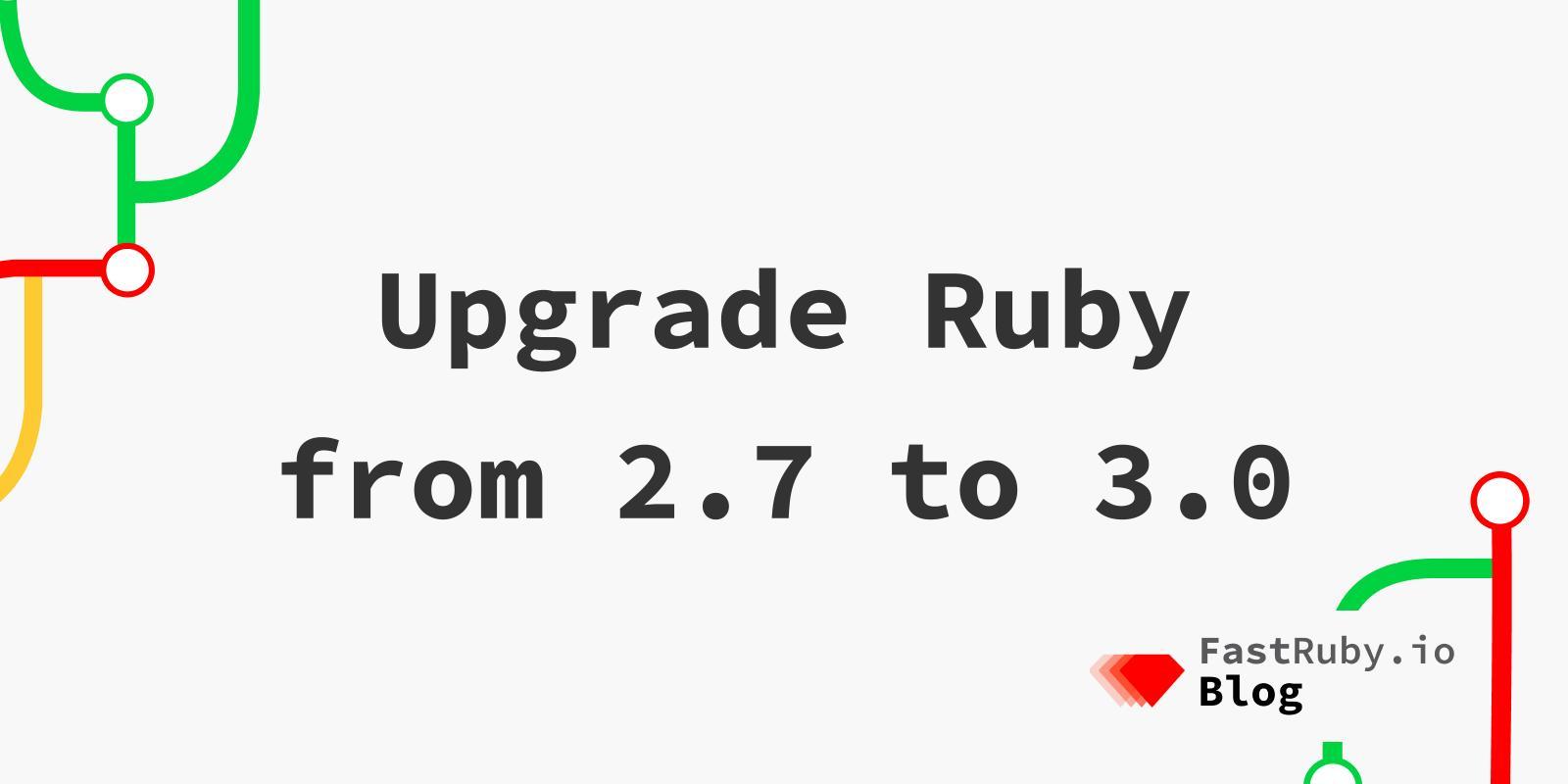 Ruby 3.0 was released on December 25th 2020. We can now enjoy the great new features of this version, such as performance boost (we talked about that in this recent article), ractors for concurrency, fiber schedulers, and type checking.

If you already have an application running in production and want to be able to use such benefits you'll need to upgrade your Ruby version.

This article will cover the most important aspects that you'll need to know to get your Ruby application from version 2.7 to 3.0

Make sure you check the documentation of the gems that you're using to find out if they are compatible with Ruby 3.0 and update your dependencies with the gem's compatible release.

If you're running on 2.7 you may have seen deprecation warnings coming from the gems. If so, it's likely that the gem maintainers have already addressed these deprecations in a newer version to comply with Ruby 3. Make sure you update the gems to the version where the deprecation is fixed.

Also, in Ruby 3 there are a lot of gems that were added or removed to the standard library. You can check the list here.

For example, the webrick gem was removed from the default gems due to vulnerability issues, so if you use Webrick, you need to add the gem explicitly.

On the other hand, gems like digest, base64 and time are now added by default to Ruby, so if you have them in your Gemfile you'll need to remove the references.

Code that raised deprecation warnings in Ruby 2.7 will now result in ArgumentError or different behavior, such as:

There are other language changes that we didn't highlighted here. You can see the full list of them in the Rails 3.0 News.

After adjusting your code to get ride of all deprecation errors and learn everything that will work differently in the language, it's time to add the ruby 3.0 in your Gemfile and run your tests. You'll likely have a bunch of things to fix in your test suite also, so make sure that everything works like a charm.

It's now time to deploy your changes to the staging environment and make sure it passes all QA tests.

If you successfully followed all of these steps, you should now be running Ruby 3.0 in your application and can now enjoy everything that this new version has to offer o/

Do you have any other useful tips or recommendations? Did we miss anything important? We would love to add it to this article.

Need to upgrade your Ruby or Ruby on Rails versions but your team just doesn't have the time? Let our team of experts at FastRuby.io upgrade your application. Get in touch!