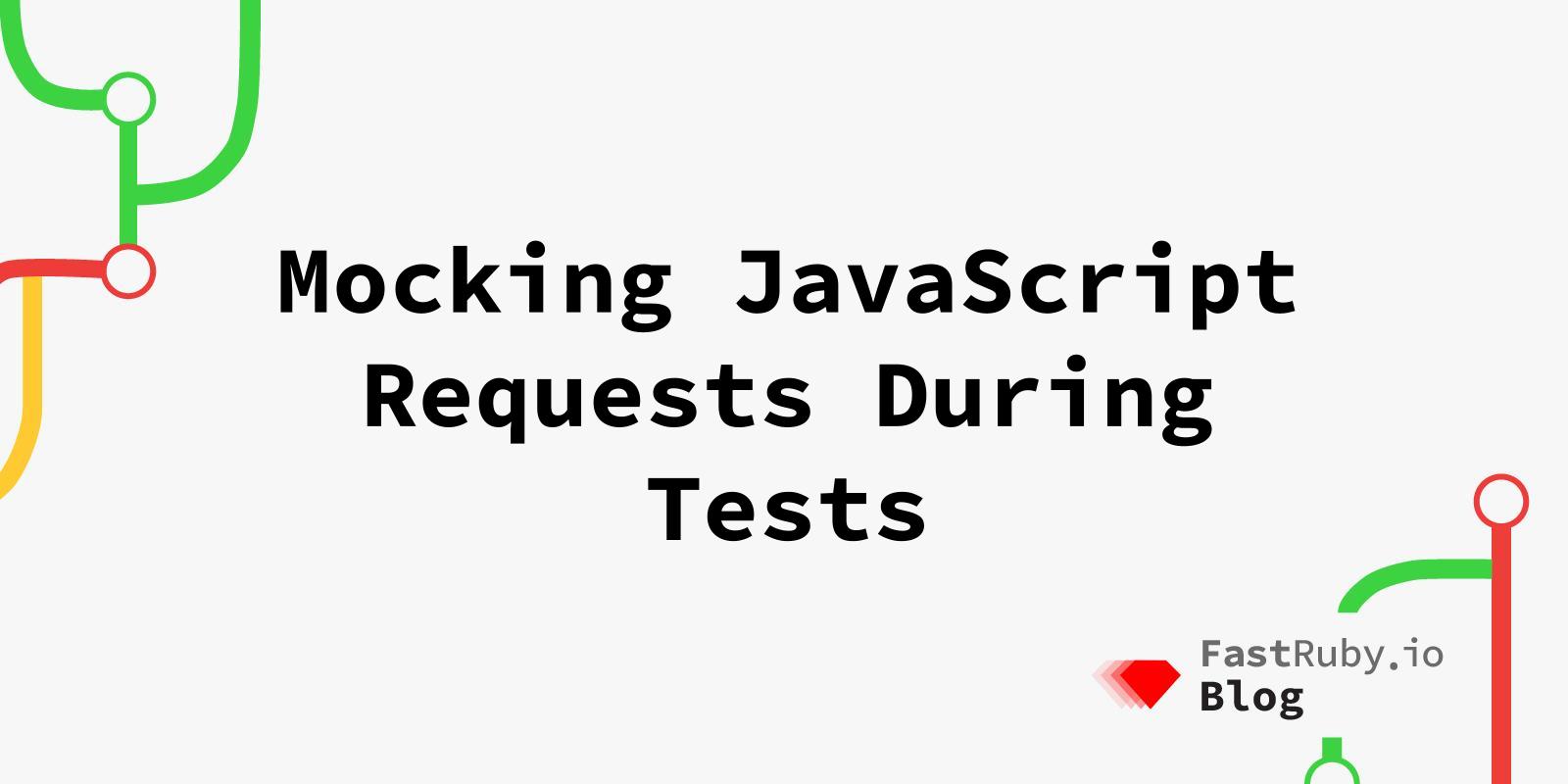 When we run tests, we don’t want to hit external services in most cases, so our tests don’t depend on external services and are more stable. We can use gems like VCR or WebMock to stub the requests that are done by the Rails application, but when the request is initiated by the JavaScript code… that’s a different story.

In both cases we run tests that use the Capybara and Selenium-webdriver gems. This is the default when creating a new Rails application so you should already have them in your Gemfile. The tests can be of type feature, integration, system, etc, because, as long as the type of test uses Selenium and Capybara, we can proxy or intercept the requests.

With this method, the browser is started with a proxy configuration pointing to a local proxy that will catch any request and let us handle the different requests. From the browser’s point of view, the request is done normally and the interception is handled by the proxy server. We won’t explore this approach in this blog post but if you want to go with this solution you can try the capybara-webmock gem by Hashrocket.

When using this method, we’ll intercept the browser requests directly in the browser using some devtools features, and the driver will execute a callback in our Ruby code any time a request is done. In this case, the browser is intercepting the request and the driver is running our ruby code to generate the response (or let it continue).

Selenium-webdriver version 4 introduced a new feature that allows adding a driver extension to intercept network requests with the HasNetworkInterception module. So we’ll need to specify the version in the Gemfile:

For the HasNetworkInterception extension to work, we need to add the selenium-devtools gem too:

In the test/application_system_test_case.rb file, we have to require the module and include it in the ApplicationSystemTestCase class. Then we have to add some code using the lifecycle hooks:

In the spec/rails_helper.rb file, we have to require the module and include it for specs of type system (or feature if you use those). Then we have to add some code using the lifecycle hooks:

You can do a similar setup if you use other type of tests that may use Capybara and Selenium, like feature or integration tests.

Now we can use the intercept method to set fixed responses for specific urls.

For example, if we have a page with a button that says Make SWAPI request, that does a JavaScript request to The Star Wars API, and finally puts the response in a div with id response, we can test it like this:

When the browser does that external request, the selenium extension will execute the callback defined by our Interceptor module and will respond, to this specific url, with the fixed string instead of doing a real request to the external API.

Same method can be used in RSpec specs.

It’s not uncommon to have some global JavaScript that does external requests in many pages (like analytics code), use some external CDN (for web fonts or icons) or external widget (like Twitter’s or Facebook’s). We can define interceptions that will be used by any test by default so we don’t have to remember to intercept them for each test.

We can do that by overriding the default_interceptions method. Let’s say we want to intercept any request to Google (Maps, WebFonts, Analytics, etc) during tests:

Check the comments in the interceptor.rb file for the valid values.

Note that the Interceptor module will intercept any request that it’s not explicitly allowed by default. Overriding the default_interceptions helps make this explicit and allows setting expected responses instead of just an empty string. But just by calling the start_intercepting method we’ll prevent any external request.

We can change this by overriding the allowed_requests method. If we have a CDN server with assets that are important (like a JavaScript library), we can allow that external request with:

Check the comments in the interceptor.rb file for the valid values.

Note that you probably always want the Capybara.server_host url to be allowed.

Just by adding this interceptor to some projects, we found many unnecessary external requests that were being triggered during tests (fonts, icons, widgets, analytics). By inspecting the logs, we were able to identify them and add the proper interception rules to be explicit. This reduces the bandwidth used during tests and the time it takes for the page to be responsive for Capybara to start interacting with it.

Finally, we created a sample app with this setup.

How to Upgrade Rails Without a Test Suite

testing
Get the book