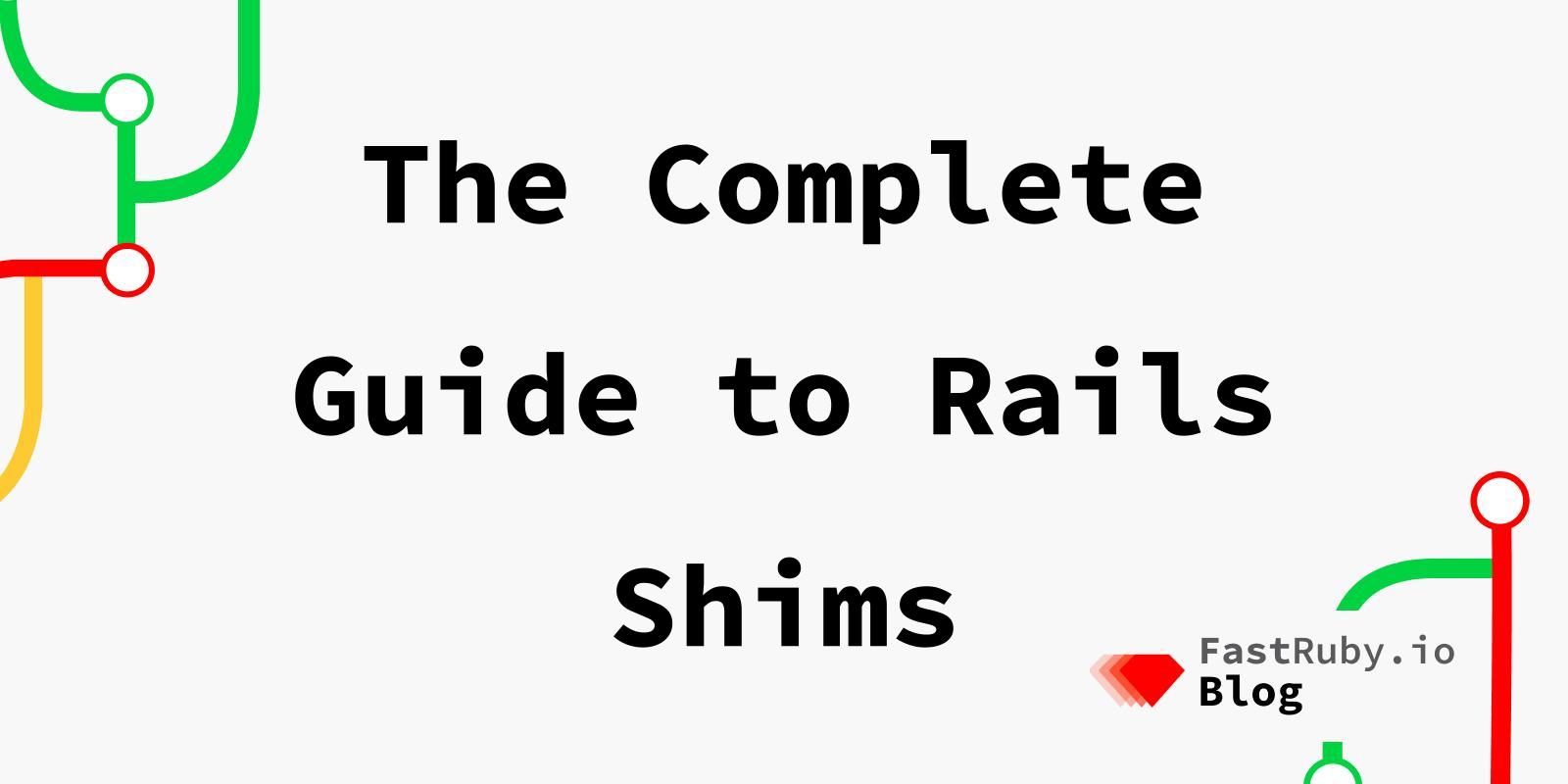 The Complete Guide to Rails Shims

When upgrading a Rails application, you might find that sometimes functionality is extracted from Rails and moved into a new gem. These gems are called shims, and they will basically allow you to keep using an old functionality, once the core API takes that out. You can also find shims in form of monkey patches. In this case it’s functionality that you develop to make your migration easier.

In this article I will list some of the functionality of past versions of Rails that was extracted into gems.

content_tag_for and div_for were removed in favor of just using content_tag. To continue using the older methods, add the record_tag_helper gem to your Gemfile.

assigns and assert_template were extracted to the rails-controller-testing gem. To continue using these methods, you will need this gem in your Gemfile.

respond_with and respond_to methods were extracted to the responders gem.

The HTML Sanitizer logic was reimplemented, but to keep using the old behavior you can use the rails-deprecated_sanitizer gem.

rails-deprecated_sanitizer is supported only for Rails 4.2.

The TagAssertions module (containing methods such as assert_tag), was deprecated in favor of the assert_select methods from the SelectorAssertions module, which was extracted into the rails-dom-testing gem.

Removed support for the encode_json hook used for encoding custom objects into JSON. This feature was extracted into the activesupport-json_encoder gem.

This gem was supported by the Rails team until the release of Rails 5.0. We created a gem (rails_upgrader) to make the migration to Strong Parameters easier. We also wrote a dedicated article on that: The Complete Guide to Migrate to Strong Parameters.

auto_link was removed from Rails and extracted into the rails_autolink gem.

All delivery methods from Action Mailer were abstracted out to the mail gem.

I hope this list of gems comes in handy when upgrading your Rails application. Let me know if I missed any important ones.

Finally, if you want more details on how to upgrade each version of Rails, you can download our free eBook: The Complete Guide to Upgrade Rails.