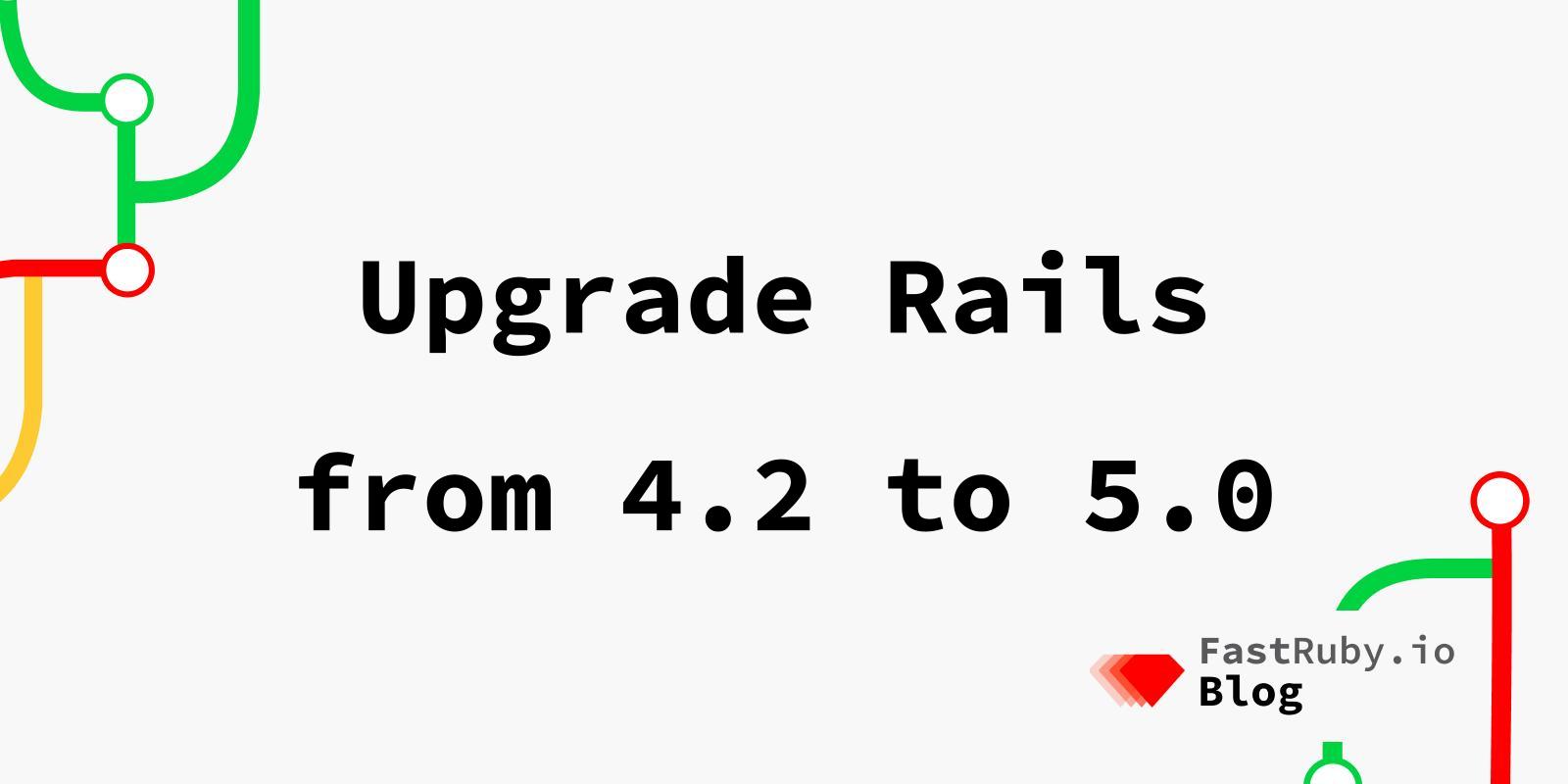 This article will cover the most important aspects that you need to know to get your Ruby on Rails application from version 4.2 to 5.0.

This Ruby upgrade shouldn’t generate any problems. However, if you run into this exception in your test suite:

then you’ll need to add:

If any of the gems are missing on RailsBump, you’ll need to manually check the Github page for the project to find out its status. In case you own the gem, you’ll need to make sure it works on Rails 5 or update it.

As an alternative, check out RailsDiff, which provides an overview of the changes in a basic Rails app between 4.2.x and 5.0.x (or any other source/target versions).

To resolve this, you’ll need to update your current migrations in your db/migrate directory:

If you add a new migration after updating to Rails 5.0, you’ll also need to tag them appropriately:

This will help with potential compatibility issues, so your database can be correctly reconstructed from the migrations. Strings in your 4.2 migrations will use the previous default size of 4 bytes instead of the new default.

(Thanks to Cory McDonald in the comments section for reminding us about this important change!)

A few months ago we worked on a project to attempt to automate the strong parameters migration process, and this resulted in the gem RailsUpgrader. It’s in a beta state, but you can try using it if you have too many models, or at least as a guide for a WIP branch.

If you successfully followed all of these steps, you should now be running Rails 5.0! Do you have any other useful tips or recommendations? Share them with us in the comments section.

If you’re not on Rails 5.0 yet, we can help! Download our free eBook: The Complete Guide to Upgrade Rails.