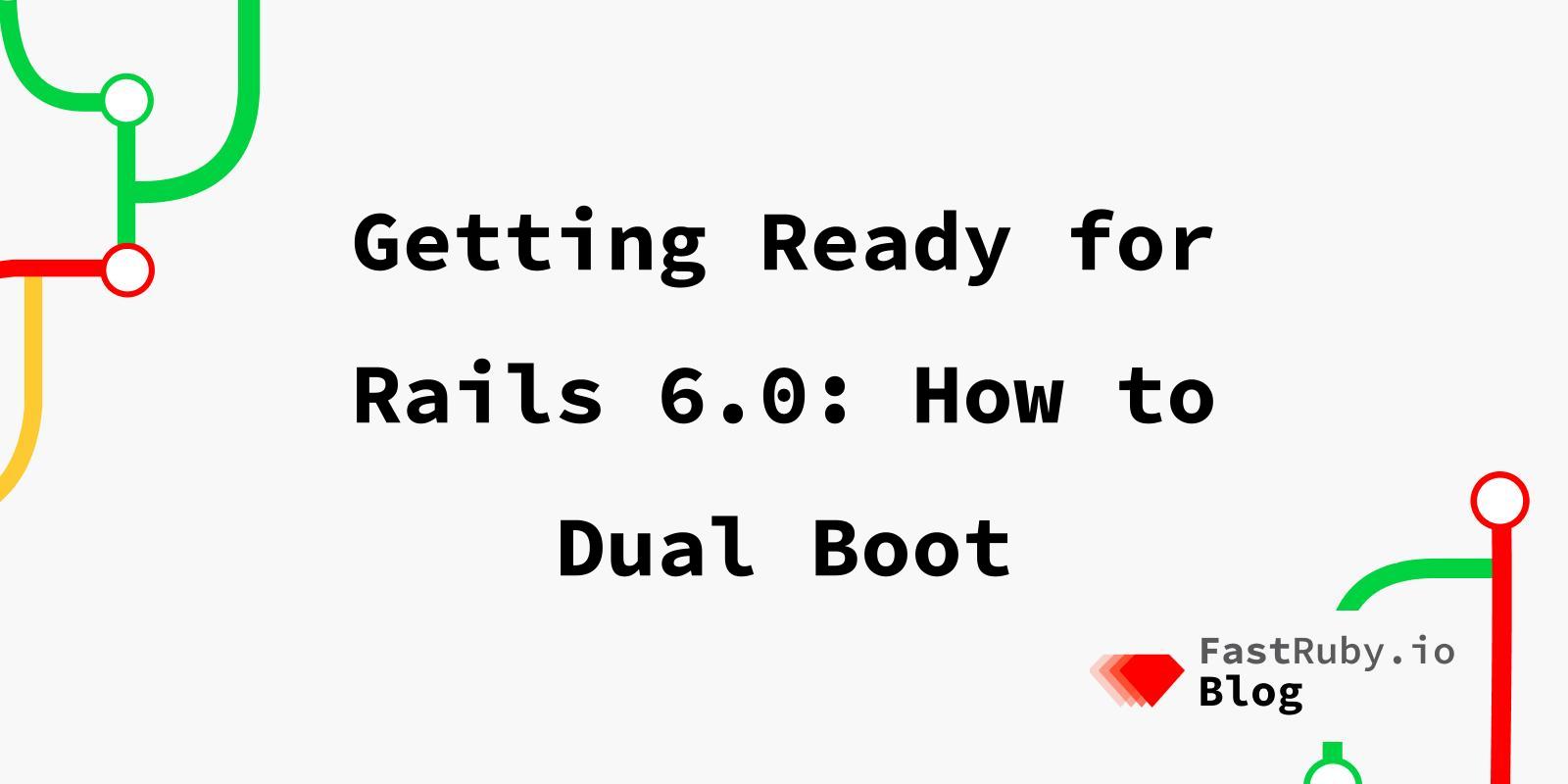 Getting Ready for Rails 6.0: How to Dual Boot

In this article I will explain how you can dual boot your application in your local environment and your continuous integration (CI) service. I hope that this will help you get ready for the next stable release of Rails.

Even though my example assumes you are running Rails 5.2 and want to migrate to Rails 6.0, these tips work for any two versions of Rails.

At RailsConf 2018, Jordan Raine talked about Clio’s process to upgrade Rails over the years. If you missed his talk, you can watch it over here: Ten Years of Rails Upgrades

In his talk he mentioned quite a handy companion gem: ten_years_rails. At FastRuby.io we decided to fork it and call it next_rails. I’m going to use that gem to get my project ready for dual booting. First, I need to install it in my local environment.

Warning: next_rails requires Ruby 2.3 or higher. You can find a manual workaround below.

Assuming I can use that gem, I will initialize my Gemfile.next file like this:

That command creates a Gemfile.next symlink to my Gemfile and adds a handy method called next? to my Gemfile:

Why to use a symlink

I see three main benefits to using a symlink:

If you have any problems installing next_rails, you can manually add the next? method to your Gemfile and create a symlink like this:

In this simple example, I only need to upgrade rails (from Rails 5.2 to Rails 6.0). It’s very likely that you will have to upgrade more dependencies. The first step is to get my Gemfile to look like this:

next bundle <command> might not work because you are using an old version of Bundler. So, you should try using Bundler 2.0 or higher.

After running next bundle update, I have a brand new Gemfile.next.lock file. That means that my dependencies are ready to run my test suite. So I can run them like this:

There are many advantages to using dual booting in your Rails application. In no particular order:

Depending on the type of project, we like to use Travis CI for open source projects and Circle CI for client projects. Below you will find a couple of sample configuration files that you could use.

Both samples will require you to commit and push Gemfile.next to your repository; will run a build matrix; and might need some tweaking.

For all of our client projects we prefer this continuous integration service. Here is the configuration that you could use for dual booting in Circle CI:

A few notes about this configuration:

For all of our open source projects we prefer this continuous integration service. Here is the configuration that you could use for dual booting in Travis CI:

A few notes about this configuration:

Now that you have your test suite running in both Rails 5.2 and Rails 6.0, you can start tweaking your code and dependencies to work with both gemfiles. There will be two big hurdles:

This has been quite a useful technique for us at FastRuby.io. We have used it with client projects, internal projects, and open source applications.

I hope that you will find it useful in getting ready for the next version of Rails!