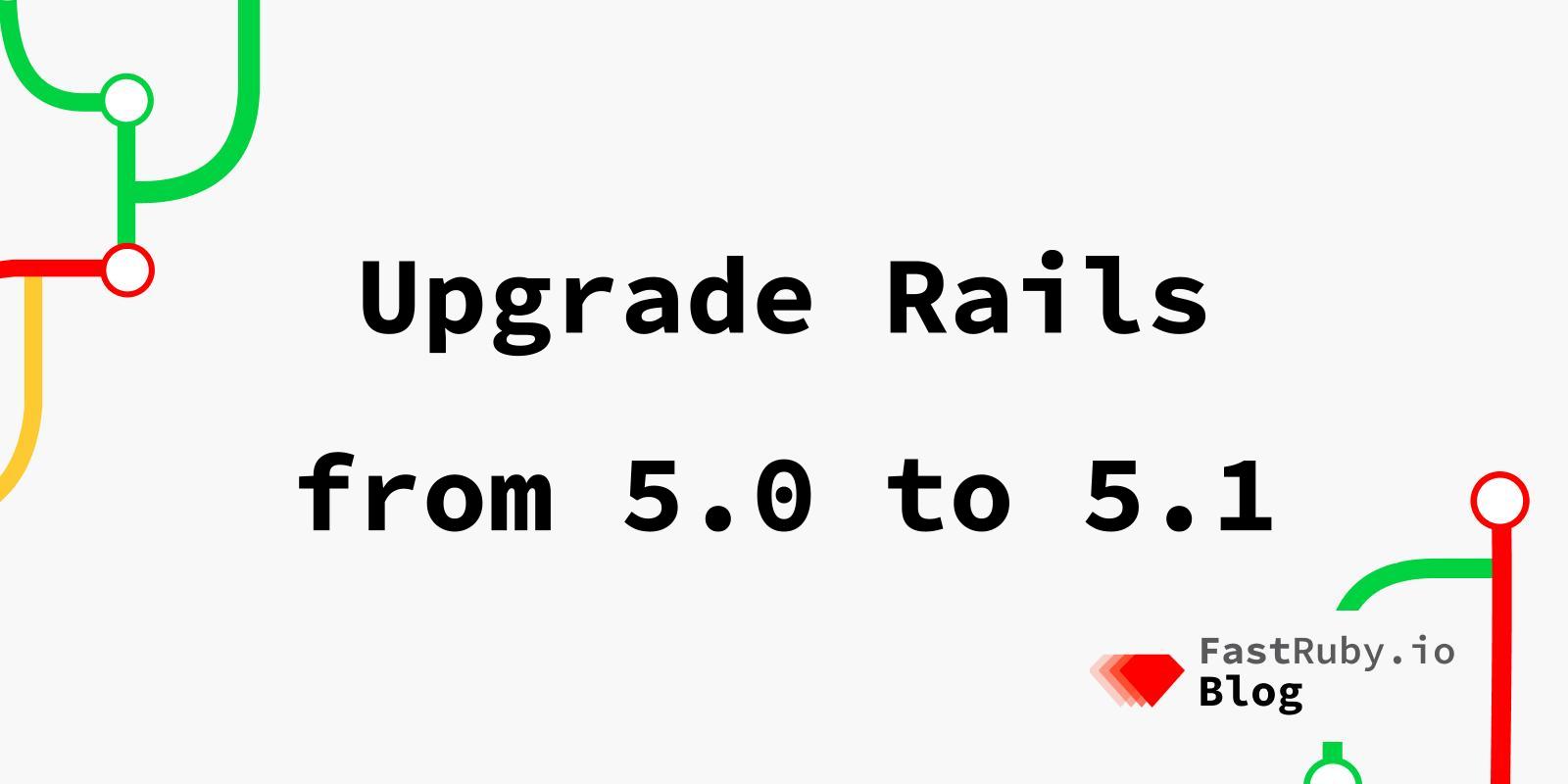 This article will cover the most important aspects that you need to know to get your Ruby on Rails application from version 5.0 to 5.1.

If you want to know more about the Ruby versions that you could use, check out our Ruby & Rails Compatibility Table.

Make sure the gems you use are compatible with Rails 5.1, you can check this using RailsBump.

If you can’t find the gem in RailsBump, you could try using next_rails to find incompatibilities in your dependencies:

If that does not work, you’ll need to manually check the GitHub page for the project to find out its status. In case you own the gem, you’ll need to make sure it supports Rails 5.1 and if it doesn’t, update it.

You might run into an error trying to run that command:

If that is the case, you will need to change this require statement:

As an alternative, check out RailsDiff, which provides an overview of the changes in a basic Rails app between 5.0.x and 5.1.x (or any other source/target versions). Always target your upgrade to the latest patch version (e.g: 5.1.6 instead of 5.1.0).

Some assets configuration changes you’ll have to do on your config/environments/{development, test, production}.rb files are:

5.1. ActiveRecord</h2> - The `raise_in_transactional_callbacks` option is now removed. It was already deprecated and covered in a [previous upgrade](https://fastruby.io/blog/rails/upgrades/upgrade-rails-from-4-1-to-4-2.html). - Also removed was `use_transactional_fixtures`, which was [replaced by](https://github.com/rails/rails/pull/19282) `use_transactional_tests`. - `ActiveRecord::Base#uniq` was removed, it was deprecated in Rails 5.0 and has been replaced by `#distinct`. Check out https://github.com/rails/rails/pull/20198 for the discussion. - The ordering of association statements is now significant. In particular, you can no longer declare a `has_many :through` association before declaring the association that implements the `through`. You must declare the joined model first. This will no longer work: ```ruby has_many :posts, :through => :authors has_many :authors ``` Change To: ```ruby has_many :authors has_many :posts, :through => :authors ```

If you successfully followed all of these steps, you should now be running Rails 5.1! Do you have any other useful tips or recommendations? Share them with us in the comments section. If you're not on Rails 5.1 yet, we can help! Download our free eBook: [The Complete Guide to Upgrade Rails](https://www.fastruby.io/).