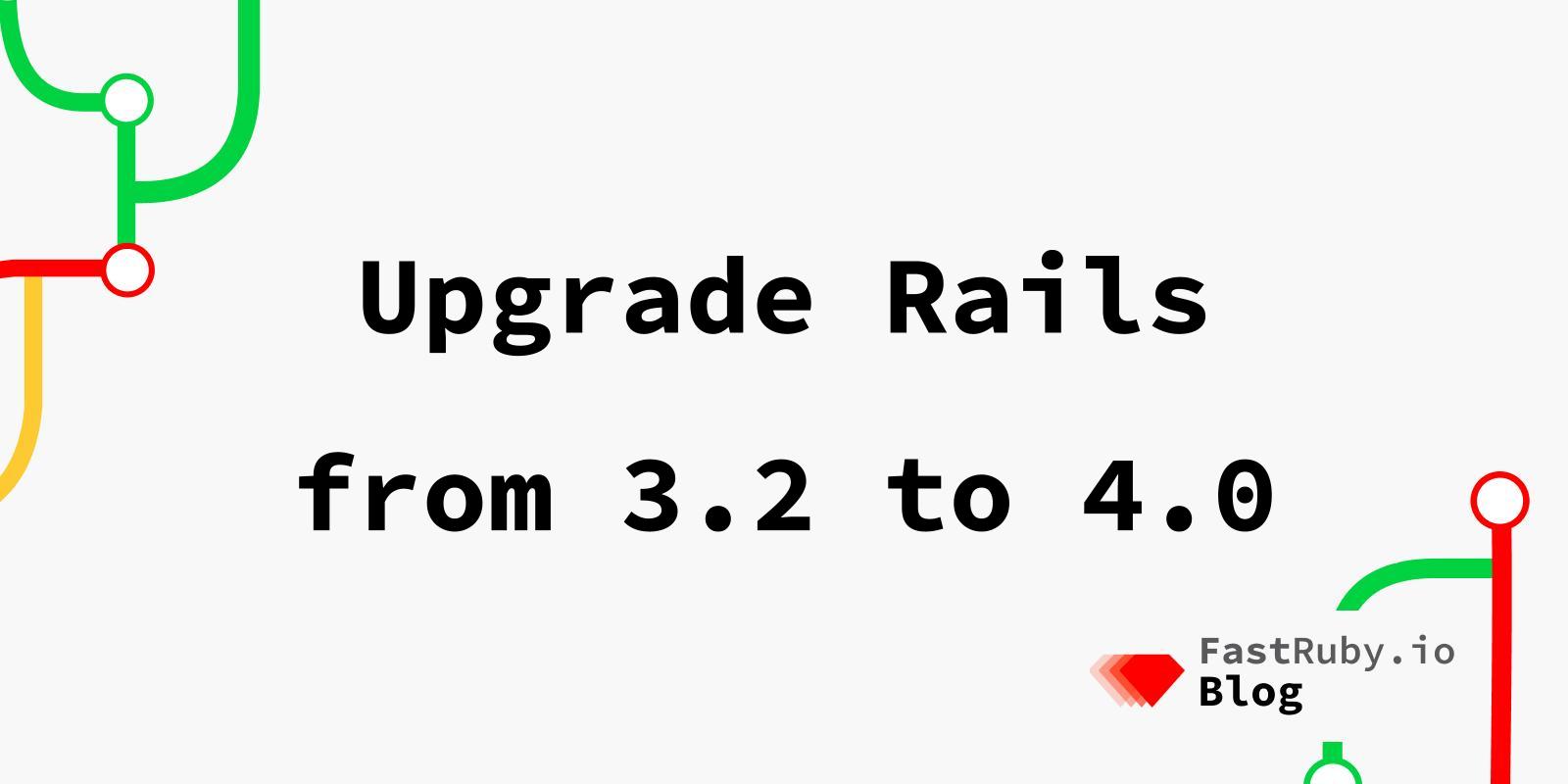 A previous post covered some general tips to take into account for this migration. This article will try to go a bit more in depth. We will first go from 3.2 to 4.0, then to 4.1 and finally to 4.2. Depending on the complexity of your app, a Rails upgrade can take anywhere from one week for a single developer, to a few months for two developers.

Rails 3.2.x is the last version to support Ruby 1.8.7. If you’re using Ruby 1.8.7, you’ll need to upgrade to Ruby 1.9.3 or newer. The Ruby upgrade is not covered in this guide, but check out this guide for more details on that.

You can add the aptly named rails4_upgrade gem to your Rails 3 project’s Gemfile and find gems which you’ll need to update:

Instead of going through your currently bundled gems or Gemfile.lock manually, you get a report of the gems you need to upgrade.

Rails includes the rails:update task. You can use this task as a guideline as explained thoroughly in this post. It will help you get rid of unnecessary code or monkey-patches in your config files and initializers, specially if your Rails 3 app was running on Rails 2.

As an alternative, check out RailsDiff, which provides an overview of the changes in a basic Rails app between 3.2 and 4.0 (or any other source/target versions).

If you’re feeling adventurous, you can give this script a try. It attempts to apply this git patch (similar to the patch shown on RailsDiff) to your Rails app to migrate from 3.2 to 4.0. However, I don’t recommend this for complex or mature apps, as there will be plenty of conflicts.

To do so, you will need to remove calls to attr_accessible from your models, and add a new method to your model’s controller with a name like user_params or your_model_params:

Finally, change (most) references to params[:user] to user_params in your controller’s actions. If the reference is for an update or a creation, like user.update_attributes(params[:user]), change it to user.update_attributes(user_params). This new method permits using the name and email attributes of the user model and disallows writing any other attribute the user model may have (like id).

As an alternative, you can take a look at the wisper gem, or Rails’ Concerns (which were added in Rails 4.0) for a slightly different approach.

You will need to add the gem:

From Ruby 1.9.x onwards, you have to include the test-unit gem in your Gemfile as it was removed from the standard lib. As an alternative, migrate to Minitest, RSpec or your favorite test framework.

If you successfully followed all of these steps, by now you should be running Rails 4.0!

To fine-tune your app, check out FastRuby.io, and feel free to tell us how your upgrade went.

If you’re not on Rails 4.0 yet, we can help! Download our free eBook: The Complete Guide to Upgrade Rails.